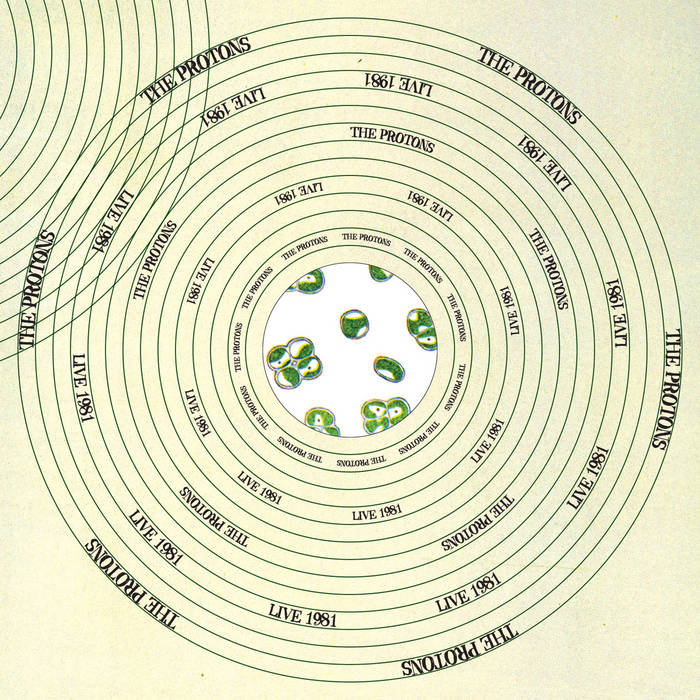 The Protons formed in 1980 when a bunch of wisenheimer seniors decided to disrupt (scratch that -- enlighten) the annual talent show at their high school in Nevada County, California. Led by their class president, the swarm of screaming teenagers figured they could take a cue from The Residents’ use of toy instruments and introduce their own homegrown strain of the Ralph Records sound to the DNA of Northern California adolescent performing arts.

A fifteen-minute rehearsal unfolds at the beginning, recorded in the local park, during which the kids run around ranting, raving, bellowing patois, bashing and crashing metal cans, grinding glass bottles, and handling “general percussion and strange instruments,” which, from the sound of it, can’t possibly have been more complicated than punching a box filled with leaves.

By the time The Protons make it to the school auditorium where they open the talent show, booing and catcalls begin within thirty seconds and continue more or less throughout their performance. Fruits and vegetables are reportedly thrown by friends in the know, while the group, onstage, missing some people from the rehearsal, accompanied by others who were not there, feign arrogance and scream at the audience imperiously, “Shut up, we’re doing this for your benefit!” Six minutes later they are yanked from the boards by disgusted and disappointed faculty.

This batch of no-fi self-indulgence could be embarrassing were it not such a hilarious attention-worthy spectacle in the grand old tradition of Psycodrama, A Band, Ceramic Hobs, and Drugs Are Nice.

Bandcamp Daily  your guide to the world of Bandcamp